When we strive beyond the starry sky at night, our senses and imagination fail. Our picture of the universe is generated exclusively via photos, and for those, more than visible light is often needed 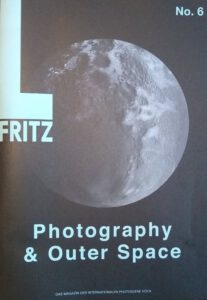 What makes the universe so fascinating? Unexplored realms. Secrets. And being able to look so far into the distance that the mind can no longer conceive of dimensions for it. To see stars that long since ceased to be. Astronomers speak of light years for that reason, and when one peers into the depths of space, one automatically looks into the past. We are barely able to gauge even the speed of a ray of light. In one second it will have zoomed around the globe more than seven times. To get to the nearest star, though, it would need in excess of four years.

The naked eye is unlikely to offer us a deep insight into the universe. But even camera technology has difficulties: from the vantage point of Earth, the atmosphere is disruptive. And the cosmos itself is an inhospitable place for going on a photo-hunt – both for people taking photos from space stations or on space walks, and for space telescopes or specially developed cameras that automatically take pictures of the universe and planets’ surfaces from orbiters and rovers. The technology undergoes great strains due to extreme temperatures, cosmic radiation, and poor accessibility. In addition, even beyond visible light, researchers must search for an illustratable reality by visually exploiting the full spectrum of electromagnetic rays.

Information about the universe’s shape can be obtained on all wavelengths. Infrared tells us things about materials and allows us to look further. X-rays reveal where warmth is. Radio waves are more effective than light at getting through intergalactic dust clouds and nebulae. All these rays can be recorded with cameras from satellites, space probes, or space telescopes. Observatories on Earth, on the other hand, have to make do with visible light, a small amount of infrared, and, in some places, radio waves, since the atmosphere deflects. Nevertheless, Earth was the vantage point for one of the most famous shots of the universe of recent times: the first photo of a Black Hole, 55 million light years away. A photo, therefore, of something in which neither space time exists, and which swallows all light. Basically it is possible to depict only the edge, which has a searing temperature of millions of degrees Celsius and is very thin. To do this, astronomers had to interconnect several telescopes, working in the millimetre range outside visible light, on four continents. The result is a resolution a thousand times better than Hubble’s.

The view from Earth into the universe is fraught with difficulties. The very thing that makes our life possible – namely, the existence of an atmosphere – obstructs clear vision into the distance. However, astronomers have come up with many tricks to compensate for this flaw. Active optics, for instance: […]

There are also space travellers equipped with cameras. This is frequently so that they can document their work, or show what they see. At the same time, once they have been checked for space compatibility, cameras can often be used off the peg. Aboard the International Space Station – ISS – for instance, there are several digital single-lens reflex cameras from Nikon and dozens of lenses, from extreme wide-angle to 800x zoom plus teleconverters. In the cupola alone, several sets are ready to hand so that every astronaut can head for them instantly, because photographic subjects alternate fast: after all, the ISS travels through space at 28,000 kilometres per hour.

More than fifty years ago, when the first moon landing took place, the medium format was still de rigueur. The astronauts had two Hasselblads with Zeiss lenses with them – one took shots from the “Eagle” lunar module, and the other walked around on the surface on Neil Armstrong’s spacesuit.

[However,] engineers also develop cameras specifically for space missions. Next year, a camera from the German Aerospace Center (DLR) will land on Mars with an ESA mission. The stereo camera lends eyes to a rover by the name of Rosalind Franklin, installed on a 2-metre mast, so that the rover can decide where it wants to travel to and take samples.[…] […]

[And] all instruments, including the camera from the DLR, are performing their service without any problems. Initially derided as the “High Risk Stereo Camera”, the High Resolution Stereo Camera unswervingly scans the surface of Mars, in strips hundreds of kilometres long – and is doing so to this day. It seems likelier that the orbiter will run out of fuel before the camera fails. At any rate, there appears to be no ebbing in the tide of fascinating photos from telescopes, satellites, space stations and rovers that shape our picture of the universe, and there is precisely as little sign of our interest in them waning.

A click on the poppy leads on to Holly Schmidt’s project “Lost Lessons”: