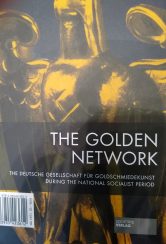 Research into corporate history under National Socialism began with the big names and influential companies. The studies on IG Farben, Mercedes-Benz or Deutsche Bank awakened the interest of scientists and a broad public and gave rise to numerous subsequent studies. It was only as the 21st century began that the lesser-known or smaller companies drew into the visual focus in increasing numbers, most of them actively as well. Many “hidden champions” have now also had their National Socialist past reappraised, mainly in the context of comprehensive surveys. As a consequence, the last five years in particular have seen a boost in NS research in the corporate history field. At the same time, though, corporate history encompasses far more than mere investigation into stock corporations or other company names. The discipline’s line also includes not-for-profit institutions, organizations and associations.

The present work embodies a further study in addition to these. From the business point of view, it originates from an almost marginal sector, namely artistic goldsmithery; back then, as today, this is not a branch of business that stands at the focus of attention. And, nevertheless, it is a métier that touches many people in their everyday life: after all, jewelry items are surely to be found in almost every household.

It would, therefore, be exceedingly interesting to take a look at the evolution of this artistic craftwork right along its spectrum, sounding out the manifold interdependencies. However, the present study limits itself to analyzing the Deutsche Gesellschaft für Goldschmiedekunst (“German Society of Artistic Goldsmithery”), pursuing the question of the role played by this society during the period of National Socialism. For the “Gesellschaft für Goldschmiedekunst”, as the association is called today, the impetus to confront and come to terms with National Socialist history arose from the refusal of an internationally renowned goldsmith to accept a distinction with a ring of honor, with an allusion to the circumstance that some of the ring of honor-wearers during the NS period maintained close relations to the NS leadership. Up until the time of this refusal, 2016, professional reappraisal of the society’s history had been hindered by the rudimentary state of the society’s own records, its erroneous assumption that it had been a postwar start-up, combined with absent financial resources, on the one hand, and deficient scientific interest, on the other. The result of this was that essential information about the organization fell into oblivion.[1] Now, though, the “Gesellschaft für Goldschmiedekunst” was called upon to face up to its “fascist past” and come to terms with it, so that the gaps can now be filled in again. For the historian, the study that resulted from this is a case example that brings to light the nexuses of individual, society, and party interests to a wholly particular extent. The protagonists of this study succeeded in building up a “golden” network for their purposes.

[1] For example, the first two wearers of the Gold Medal for Promoters, Adolf Hitler and Benito Mussolini, were initially no longer mentioned in 1950s lists of award-winners. Hermann Göring, on the other hand, did get mentioned. There are no clear indications as to when exactly he vanished from the list. At any rate, he too is no longer listed today. The society’s Gold Ring of Honor for Promoters, which was awarded to a mere two persons in 1937 (namely to no less than Reich Marshal Hermann Göring and Reich Minister Dr. Goebbels), was simply never mentioned again. Cf. Eberlein, Kurt Karl: Goldschmiedekunst als Kulturpolitik, p. 29f.

Click on the poppy for more from The Golden Network