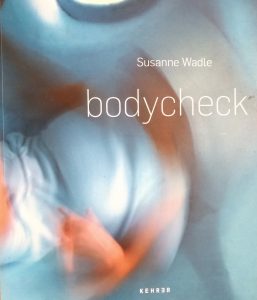 The surreal as a playground for physical thinking

“Physical thinking has become rare” : with these words, Jean-Christophe Ammann, one of the highest-profile connoisseurs of the contemporary art scene, notes a momentous accentual shift in today’s art production toward the mental, toward thought originating in the mind.

All the more surprising, therefore, is the encounter with works that convey precisely this thinking that originates in the physical. Susanne Wadle’s works belong in this category. While regarding her sculptures and installations one is seized by an undertow which, so to speak, pulls one from straightforward contemplation into an inner world of feeling. Almost reflexively, the sight of her grotesque-looking objects triggers emotions, as though perceiving were coupled directly with sensing. Emotions are heightened, memories are present for a moment again, and viewers are gripped by a strong urge to feel the objects, to experience them by touching, by their own physical action and thus to make them their own, internally as well. In the performances too, which show the influences of body art, and in the recent photo reliefs, in which the artist’s small son is portrayed with various objects, thinking that originates in the body plays a major role, albeit only subliminally and less forcefully.

Physical thinking [therefore] constitutes an exploration of being human on the existential and societal plane. The particular thing at the same time is that this perceiving and acting instrumented by the body is located in a surreal space, a realm transcending the familiar reality, a space of ambivalences, in which the artist directs, in the form of actions that play with the senses, the stratagem of transformation in order to open the viewers’ eyes and senses to new insights using unusual objects and materials. And thus the viewers, as in Alice in Wonderland, are obliged, metaphorically speaking, to crawl down the rabbit hole in order to arrive in the other world, that is to say follow the artist on the prescribed path, and this path leads inevitably to the borders of perception between inside and outside.

Wadle’s objects appear as everyday objects, seemingly familiar – it is not by accident that she often uses found items as her starting materials, worn-out old pieces of furniture whose signs of use, the traces of a life lived, also flow into the artist’s pictorial language. Yet through her purposeful alterations she jolts the things out of the context of our world. She alienates them, the familiar has a puzzling effect, the cheerfully amusing is menacing. Everything appears filled by secret life. Countless plush paws break forth out of an old leather chair, a fur-covered sofa is strewn with nipple-like suckers, bottlelike forms, that could be classified as belonging to the animal or the plant kingdom, extend their suckers  (cat. 15), dolls’ legs are like tentacles in the prickly petals of outsized flowers (cat. 19).

Her objects and installations catapult us into a space in which it becomes clear that everything can transform itself, as in Alice in Wonderland, the transitions between the inanimate and the animate are fluid, likewise between animal, plant, human; a space which challenges our power of imagination, prompts images and associations in us and renders forgotten or suppressed emotions tangible through the senses.

A statement by the artist is revelatory in this context: “Every child gathers experience with the magical world of things. They may forget, but in some situations they will return.” In Susanne Wadle, this child lives on today. She experiences the world around her as shot through with secret forces which she translates into images and, to ensure that the forces are understood, the artist leads viewers into another world.

The surrealists used mirrors for this reality switch. Yet Wadle’s surreal-looking works have shaken off the Freudian seriousness of classical surrealism, allied themselves with Dada and Pipilotti Rist (fig. 1) and uninhibitedly deliver themselves up to the playfully sensory.