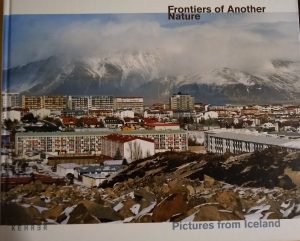 A Short History of Icelandic Photography

(the first couple of paragraphs – total length of the translated text: 6,500 words)

When the process of photography was made publicly known by Louis-Jacques-Mandé Daguerre in 1839 in France and had conquered Europe by the mid-19th century, there was little sign of it in Iceland at first. Iceland was a sparsely populated and impoverished fishing and farming country, dependent on the Danish crown, that was significantly less highly developed than industrialized Europe. It was not until after the turn of the century that the era of modern Iceland began. The speed of its development into a highly technologized country was breathtaking: industrial fishing, metallurgy, environmental technology and tourism turned Iceland into a country with the highest gross national product, the highest birth rate, and the lowest unemployment level within the European Economic Area. This accelerated growth only met an abrupt end with the financial crisis of 2008. After the violent economic earthquake that shook the island it is becoming apparent, however, that Icelanders can weather this type of storm as well, and are exercising composure. There is, after all, much that is different in Iceland than in other countries of Europe.

The historical path taken by Icelandic photography is also unique. As Inga Lára Baldvinsdóttir wrote in her essential publication on Icelandic photographic history from 1845 until 1945, only two Icelanders learned Daguerre’s method of producing exposures on a silver-coated metal plate. One of these was Helgi Sigurðsson, who had studied law, medicine and art in Copenhagen and returned to Iceland in 1845. The other was Siggeir Pálsson, who not only encountered unusual conservational problems owing to the damp Icelandic weather and poor storage conditions in peat dwellings that were not conducive to the chemistry. He also, simply, had sales difficulties owing to the low population density and high price: in around 1860 the recompense for one photograph was 13 kg salted fish, for ten photographs a horse. This was excessive during a time when starvation was still being experienced. Setting this aside, the photographers of the early era were faced with the realization that initially there was no demand for portraits from their compatriots because there was no portrait painting tradition in Iceland. Whereas in Copenhagen and other cities portrait painters, miniaturists, and graphic artists were fearing competition from the new illustrative medium, and debates over the artistic value of technically generated images were pursued for decades, no disputes arose in Iceland – for when photography came to Iceland, the visual arts were virtually non-existent. Iceland’s photographic history is unique in this respect: photography preceded painting, and not the other way around. The photographic portrait generated portrait painting.The portrait was to evolve into the most important genre of every Icelandic photographer, as a considerable means of making a living opened up here. Capturing rural surroundings in an image, on the other hand, remained somewhat at the margins of the new profession’s preoccupations into the 20th century. The majority of the image production by Icelandic photographers was not focused on the untouched nature that draws many amateur and professional photographers to Iceland today: it was oriented towards an image of humanity and towards the cultural products created by humankind. However, this was to change as tourism increased and Icelandic photography exercised a rising external influence.