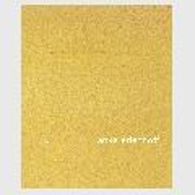 The beginning of the contribution by Klaus Honnef:

The term “art” has become vague; “frayed,” as Theodor W. Adorno formulates it.

Since modern-era art lost its concise contours, it is appropriate to talk about the arts instead of art; particularly as the technical and electronic media acquired artistic legitimacy a long time ago and, at the same time, the contours between commercial and non-commercial art started to become blurred. Even within the narrower realm of what was and is described by the term “art” – formerly, “fine arts” – art as a phenomenon has become differentiated, regardless of the general variety of sectors: into “art market art” and art which is publicly available and effective, but plays no particular role on the international art market scene and in its media echo. “Art market art,” especially, has developed into an autonomous system. At the same time, artists who, for a multitude of reasons, have not (in some cases, not yet) achieved the profile of the stars and megastars of the art scene are finding it appreciably more difficult to generate awareness.

The transformation undergone by artworks themselves is associated with the lapsing of criteria and categories which lent modern art its contour and its grip; more precisely, its incisiveness as a concept. In particular, the category of the innovative – in plain language, of the new – has become questionable. The frequently conjured primacy of the artistic concept over material execution has also lost some of its charm. It is therefore essential to assess that which artists create and present publicly – in galleries, museums and alternative art institutions – by other benchmarks than those which held unrestricted validity for modern (Anglo-American: modernistic) art. Scrutiny is advisable, merely in order to arrive at findings which do not amount to nothing more than inconsequential maxims: art is art and everything else is everything else or everything is art. More strongly even than art, the benchmarks of artistic judgment are subject to the law of historical transformation.

Anke Erlenhoff is a painter. She has been realizing her artistic notions for more than twenty years using a technique whose end has been proclaimed repeatedly – sometimes loudly, sometimes quietly – since a handful of chemists, physicists, opticians and commercial artists in Europe and South America discovered photography. Despite the triumph of the technical and then of the electronic arts in the world of images, painting – more specifically, panel painting – has turned out, against expectations, not to be a phase-out model. Among artists and collectors, generally among the majority of those who have an interest in art, it enjoys unceasing affection. This probably will remain the case as long as the cultural codes of the Western world dominate collective and global notions of “art.” At the same time, a quick glance will reveal that the spectrum of opportunities offered by painting as a technique appears in fact to be more or less exhausted. And, with the category of the new, of the progressive in mind, going by the sheer immense fund of what has already been painted, variation, recycling or appropriation predominate in 21st century contemporary painting, rather than the motive of invention.

The painter Anke Erlenhoff has never been particularly bothered by the toing and froing and the ups and downs of the contemporary art scene as its temperature peaks and falls. No residues of its voguish capers are to be found in her artistic work. The straightness of her painterly principle is proof that she has not succumbed to the temptations of the scene. Nevertheless, her list of successes includes a whole range of extensive solo shows in respected galleries and museums within Germany and abroad. Conversely, she has never striven to deploy allegedly subversive strategies in order to thwart whatever has been en vogue in the art market at the time and thus stake out a kind of counterposition to the “art” prevailing in the respective discourse. Generally, counterpositions of this kind lead to “anti-art,” in order then to be adapted by the art market as an enlivening element and ultimately absorbed.

In order to approach the paintings, drawings, installations and sculptures of this painter properly, the actually self-apparent, therefore, is necessary first of all: namely, to examine the images closely. In concrete terms: it is necessary by looking closely to cast off, bit by bit, the established perception schemata that form a kind of safety net under all forms of perception. Fed from the store of experience (of foreknowledge), these schemata promise certainty of orientation. Without the application of these “utility functions” (Ulrich Oevermann) there would have been no human survival.

Yet even the first attempt to ring-fence her images using the acquired “utility functions” from the repertoire of art criticism literature will fail at the obvious givens. A brief inspection will indeed reveal that her images belong to a certain conventional type within modern painting, which did inspire them. Yet, any conclusion that Anke Erlenhoff paints “abstractly” will be wrong. This is because her images are, on the contrary, entirely concrete; they are present in the phenomenological sense – both as canvases tautened on stretcher frames or as paper, flat objects and palpable sculptures. Naturally, this applies for all so-called abstract art, with the exception perhaps of the odd conceptually characterized mind games, which are not materialized in any form. A more precise conclusion, that her images are non-representational, will not at core hit the mark, either; not even in ultimate astuteness where the apparently monochrome mosaics are concerned; the characterization that these are monochrome – therefore single-colored – will also miss the point of their qualities.

The beginning of the contribution by Gabriele Uelsberg:

Those who have been following the artistic work of Anke Erlenhoff for a while will repeatedly be encountering works which appear, at first sight, contrary and irreconcilable. Thus, in addition to works on the topic of metropolises and industry, in which the artist gives a painterly reworking to photos of Ruhr area industry and landscape as well as capital cities and prominent locations, elevating them to landscape portraits, one hits upon the puristically monochrome paintings and colored paint installations which have increasingly been forming a major focus of her creative output again in recent years.

The reference to her origin and childhood in the Ruhr area has been raised multiple times in reviews of her work, origins whose rural character and industrial presence in her work favored that particular type of confrontation which repeatedly reflects the rural space in the context of industry and architecture. This may initially explain the photographic overpaintings, in which, in the early works, industrial complexes and industrial landscapes, above all, found their way into the overpaintings of the visual worlds. During contemplation of her latest photo overpaintings, which take metropolises worldwide as their theme, it is clear, however, that Anke Erlenhoff evidently aims to cast a certain memory anchor into the images themselves which, in the context of abstraction and actual painting, enable a back-reference to the here and now and allow the viewers themselves to identify with the material used in the portrayal. The photographs and illustrations highlighted in the image appear known and familiar, without being fed from one’s own recollection. The question of how far these aspects of associative and remi-niscing painting play a role for the purely monochrome works as well is posed in the context of the series of monochrome paintings arranged as an installation and put on show by Anke Erlenhoff at the LVR-LandesMuseum in Bonn. Here, viewers experience a scenery of painting which simultaneously constitutes surroundings, space and architecture, and thus find themselves placed in opposition to a landscape which has become painterly, so to speak, which has a considerable determining effect on their gaze and their examination of the artistic statement by Anke Erlenhoff. The materiality of her painting, in which she repeatedly beefs up the pigments using mineral elements too, in order thus to achieve more crystalline and seemingly more geological surfaces, is appropriate to this type of spatial painting and conveys, in the actual dealing with the pictorial surfaces, a feel and a substantiality which gets the viewers directly involved.

In the photographic works that belong to the topic area of metropolises and industry, Anke Erlenhoff develops, at the most widely varied locations in major cities and at special production locations, a scenario of comprehensible and memorable architecture which, so to speak, has a symbolic and referential character inherent to it, and combines this with a chromaticity that charges, respectively, the image and the pictorial background itself, a chromaticity which creates, as a second step, an atmospheric image from the initially documentary description of an architectonic context which can now no longer be categorized according to one single reading. The manner in which the color is deployed in the process corresponds less to an artistic manner of proceeding aimed purely at the materiality of paint, but implies to a particular degree the energetic and sensory aspects of chromaticity and the perception of it. The works where Anke Erlenhoff has used the paint in order to alter the photographic templates and to manifest them as an image are precisely where the specific dealing with chromaticity becomes evident. Here, color is heat and climate, color becomes a sensory aspect, color describes the status of a specific atmosphere and color becomes a dramaturgical element which takes its place alongside the content structure of the portrayal – in this case, the remembrance of places and events – as a director of the pictorial whole.

In the context of her artistic expression, then, Anke Erlenhoff’s monochrome works also prove to be less actual painting than a form of abstraction driven to the extreme, which in this case likewise brings to the fore the dynamic powers of color as a synonym for elemental forces, processes, geological structures, landscapes and events. In her monochrome, ten-part installation, a color breaks ground within each color construction, flows through it, flows down, powerfully divides the image field and structures itself from the incessant flow of the paint itself. Without betraying the artist’s hand, the pigment gushes across the canvas and develops, from the different color combination made up of the many layers, a lava flow of chromaticity that perpetuates itself so to speak unstoppably and continuously under contemplation. Like glowing metal from the blast furnace, the color bubbles up out of the canvas surface. This type of color treatment is, admittedly, thoroughly concrete in its technical execution and also pre-structured deliberately by the artist according to process sequences and serial elements; the end result of the painterly realization, however, is a maximum degree of reference structures to events outside of the picture. These reference structures will be remembered by viewers during the course of the color processes as analogues for temperatures, substances, spaces and passages of time.